The ASOS owner and his wife Anne Storm lost three of their four children in the attacks, a spokesman for Mr Povlsen’s fashion firm said.

According to the Danish media, the parents, along with their four children — Alma, Astrid, Agnes and Alfred — were on holidays in Sri Lanka. It was not clear who among the children survived.

The fashion mogul who also owns Bestseller, which includes the brands Vero Moda and Jack & Jones holds a big stake in Zalando.

Povlsen who has a net worth of $11 billion owns more than one per cent of all the land in Scotland, according to Forbes.

The billionaire’s daughter Alma, posted a photo of her siblings in Sri Lanka on her Instagram page five days ago. Since the attack, tributes and condolences have been flowing on social media.

Hundreds have expressed their condolences for her, with one post from an account named amali.pi saying “we are so so so sorry for what happened to your family, no words will ever be enough”.

Casualty on other nations

Meanwhile, two Australians, Manik Suriaaratchi and her 10-year-old daughter Alexendria were also killed while a lawyer and her two children were among eight British citizens killed.

Sri Lankan Government officials said 32 foreigners were among the 290 people that have been killed, including British, United States, Turkish, Indian, Chinese, Dutch and Portuguese nationals. There were nearly 500 people wounded.

Sri Lankan celebrity chef Shantha Mayadunne was killed in blast at the Shangri-La. 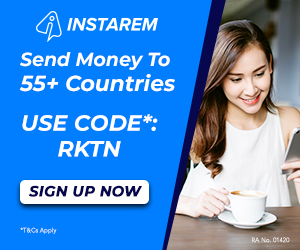